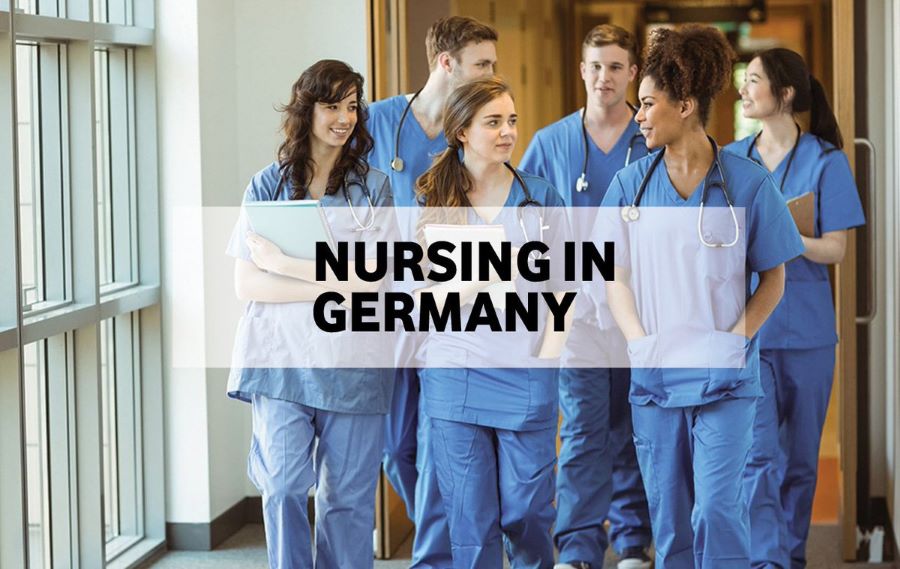 Most nations now deal with several certain issues associated with an older population since the pace of population increase worldwide is declining. A nation’s low proportion of working-age citizens impacts its economy as a whole as well as the welfare and medical care provided to its elderly population.

The top overseas education consultants in Delhi rank Germany among the top 10 nations worldwide for having a sizable elderly population. By 2025, it is predicted that Germany’s nursing industry will require 150,000 more nurses. It is not unexpected that the nation is aggressively seeking nurses from overseas to take care of its senior population.

After passing an “Anerkennung,” a process for recognizing your professional certification, nurses who have previously completed nursing education or are seeking employment in Germany will be permitted to do so. The good news is that the starting pay for newly minted nurses is on par with or higher than that of many other professions!

German firms adhere to the minimum wage in all employment fields, enhancing the country’s appeal. Numerous additional benefits are available to workers in Germany, such as paid yearly vacation and some allowances.

There is one drawback, however.

Regarding the costs and lifestyle of being a nursing student in Germany, you may live well in Berlin. However, many of our students who want to study abroad need help finding a nursing program in Germany that offers English-language instruction, preferably in Berlin. In Germany, there are no nursing programs offered in English. Nursing is undoubtedly a subject you may study in college.

You can pursue a nursing degree through Ausbildung in Germany to achieve this.

A unique option for candidates from other countries to study nursing in Germany and ultimately become nurses is provided via Ausbildung, apprenticeship training in English.

Nursing education leading to a diploma in Germany. A German state-approved vocational certification can be obtained after receiving a nursing diploma or Ausbildung. According to study abroad consultants in Delhi, individuals who take the nursing licensure exam will begin working as nurses. In contrast, those who choose not to take the test will work as assistant nurses or health care assistants. Nearly 70% of the program consists of work placements, and the other 30% is spent in the partner training institution’s classrooms with the students. The upside is that work experience and classroom instruction are provided concurrently, making it a special program that draws a monthly payment for the duration of the program—3 years!

Small tidbits about your life in Germany

Due to its easy accessibility and reliability, public transportation in Germany feels like a hug. Every city has trains, metros, streetcars, and buses, all dependable, inexpensive, and clean. A monthly student ticket, which is quite affordable and typically takes you throughout the entire state, is available. As a result, you can explain to your parents that you cannot afford to stay home.

The average German has a serious concern for environmental preservation. In Germany, there are, therefore, five, and occasionally six, different types of waste. Not to worry, someone will let you know if you don’t correctly sort your trash; you can count on that. With your German pals, energy conservation, recycling, and carbon footprints may frequently arise.

German universities are, for the most part, deserted on Sundays. There are no people on the streets, the shops are closed, and good luck trying to find someone to hang out with. The international students are left on their own at the university while the students return home for coffee and cake. Take advantage of the quiet this Saturday by stocking up on food and literature! You’ll miss it when you return to your native country. Like many Germans, finding a solid circle of friends and starting a weekly breakfast date are two things that study abroad consultants advise. Or take a trip through one of Germany’s stunning parks!

If you want to study in Germany, having a basic understanding of the language will offer you an advantage over other international students. To prepare you for your study abroad attempt, Admissify, the top study abroad consultant in Delhi, offers classes to teach you the fundamentals of foreign languages.

Studying Language Courses- Everything you need to know

Is it better to do your Bachelor’s or Master’s Abroad?