Top Scholarships for Indian Students to Study in UK

The dwindling economic scenario has led to the rapid increment in the total levels of expenditure related to foreign studies in UK. This has given rise to the need to have some sustainable process to fuel the expenses while studying at UK. The financial b

The dwindling economic scenario has led to the rapid increment in the total levels of expenditure related to foreign studies in UK. This has given rise to the need to have some sustainable process to fuel the expenses while studying at UK. 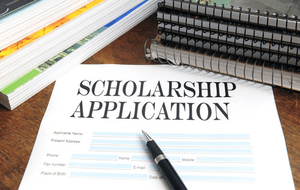 The financial burden has been most prolific of the issues which have been faced by the international students. To cater to this void, the uk scholarships for Indian students and associated grants to the students are best ones to opt for. The nature of scholarships and grants in these respect is quite diverse and quite confusing to behold at times. However, the scholarships which are directly allotted for study at UK give significant levels of respite to the students aspiring to study there.

This one is being offered by the St Johnâ€™s College belonging to the University of Cambridge. This is aimed at the academically incremental students of Indian origin, who are below the age of thirty five and desire to pursue the doctoral degree in the subjects of the likes of Science and Technology, Social and Economic Sciences. All applications for this one have to be submitted to British Council by the middle of January every academic year.

, antis aimed at the students of Commonwealth countries. This is one is aimed at those individuals who are capable of making significant levels of contributions to their native countries, once they have completed the higher programmer of education in UK. This is valid for the students who have the intention of pursuing a time frame of six monthsâ€™ worth of clinical training. The first year is the Masterâ€™s course, the following years being the doctoral degrees educational programmer. The time frame of the application is generally between the July-August time frame.

This one is being awarded to the likes of people who are outstanding Indian deservers of the early and mid-stages of their professional careers. This directly allows these people a chance to spend quality time at the UK and henceforth achieve the likes of academic and artistic qualifications and widen their knowledge spectrum of international careers.

This renowned one is directed at the candidates who desire to pursue a complete yearsâ€™ worth of Masterâ€™s degree on English language related course while being at UK.

This famous scholarship is being directed towards the Indian students under the age bracket of thirty years of age. This is meant of these applicants who wish to pursue courses for undergraduate, higher undergraduate, graduate or any kind of research in the courses offered in the university at UK. The applicants are requested to submit their applications around the time period of first February and the thirty April every academic year.

It is chiefly aimed at the Indian applicants, young at age, nearing incredible levels of talent in their respective fields. The scholarship is vested for the courses which are generally linked with the likes of training, research and other professional levels of improvements in their respective sectors. The applications are initiated at early weeks of January and the middle weeks of April, every academic year.

The above listed uk scholarships for indian students

are the ones which are the top ones while considering scholarships at UK universities. However, there are a host of other choices which are also available for the deserving candidates and can be readily availed as per the requirements are concerned. These scholarships make the stay at UK a pleasant affair and lets the student tackle and balance the economic spectrum in a better and organized manner.

How to Get Scholarships to Study Abroad Without Wasting Your Time